The album has been featured in People Country, Billboard, Music Row, CMT and the song is currently on CMT's Next Women of Country Playlist.

Taste of Country did an exclusive premier of "Selfish" noting, "'Selfish' is a song from Stephanie Quayle‘s upcoming Love the Way You See Me album that requires a second listen. Then, if you’re with the right partner, a second, third and fourth. Quayle says the power ballad is her 'sexy song.'

To purchase the album Love The Way You See Me please visit iTunes. 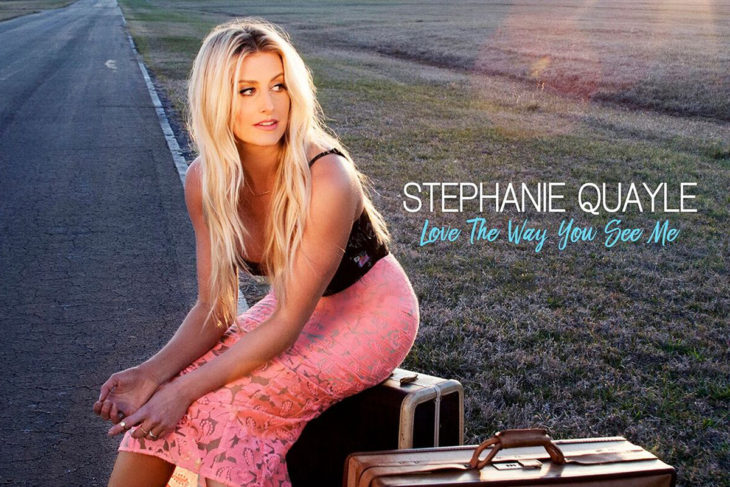 If you're going to live for your dreams it's good to have wild goals, and with the premiere of Parker McKay's new video for "Rolling Stone," another hungry young singer-songwriter moves a step closer to hers.

Born in Pittsburgh and schooled in the clubs of New York City, McKay moved to Nashville just two short years ago and has written over 150 songs since then. She released a self-titled, six-song EP this summer and has shared the stage with fellow dreamers like Maren Morris, but the next item on her bucket list is a bit loftier – to be on the cover of Rolling Stone.

Fusing a rootsy, heartland version of new wave rock with a feather-soft vocal delivery, McKay explains that the head-in-the-clouds theme of her debut single was inspired by the success of her friends.

"This was one of those songs that was a gift from the universe," she says of "Rolling Stone," which she co-wrote with Tori Tullier. "I had heard early one morning that friends of mine (John and TJ Osborne of Brothers Osborne) had been nominated for a Grammy, and I started thinking about all of those iconic moments artists experience; Grammy nominations, Gold or Platinum records or being on the cover of Rolling Stone. Then, as soon as I had that thought, the melody came to me for the hook. I wrote the song a few days later, and I knew the second it was done it would be the single for this [EP]. The cover of Rolling Stone is one of the most iconic images I can think of."

McKay's new video for the tune premieres below, and in it the young artist certainly looks ready for the gig. Occupying an empty warehouse flooded with white light, McKay embodies the ultimate rock diva in a white-fur coat and shredded pair of skin-tight jeans, surrounded by a four-piece band. But with her gentle, almost playful lyrics and an inviting smile, she might be closer to a honky-tonk angel.

June 18th, 2014 marked the 101st anniversary of the birth of the great lyricist and former ASCAP Board member Sammy Cahn. For the past 19 years, The ASCAP Foundation has commemorated Sammy’s life and career, whose many hit songs include "High Hopes," "Call Me Irresponsible," and "My Kind of Town," with the The ASCAP Foundation Sammy Cahn Award. The award is presented annually to a promising lyricist, and funded by Sammy’s widow, Tita.

Tullier is currently living in Nashville, Tennessee, after graduating from the University of Miami in 2011 with a degree in Commercial Music Composition and a minor in Music Business. Her focus was voice and piano. At Miami, she took first place in the Bruce Hornsby Songwriting Competition and opened for hit songwriter, Lamont Dozier. Tullier is actively involved with ASCAP’s Nashville office and was selected to be a member of the Guidance from Publishers for Songwriters (GPS) Project in 2014. She has also performed for ASCAP’s We Create Music Series. Her song “Your Nicotine” was nominated for the Nashville Songwriters Association/CMT Listeners’ Choice Award in their 2014 Song Contest. She has independent cuts with local artists and is working on getting signed to her first publishing deal. Tullier can be found performing in Nashville at the Bluebird Café, The Listening Room, and Belcourt Taps & Tapas.